Earlier today I worked again with UTC Students, this time creating simple animations.  Up to this point we’d mostly used the digital projectors only as a light source.  The students now made digital animations to be projected into theatrical mist.  The mist highlights the projected rays of light, and animated lines and curves become 3D forms in space.  For example, a projected circle becomes a cone, a projected line appears as a wall of light.

Here’s a short example of a student’s animation:

The shapes in the mist are wonderful, but it’s magical when you stand inside the projected image facing towards the source –  like you’re in a colourful tunnel of light.  Straight lines appear as walls: 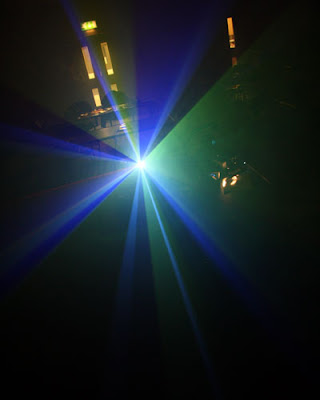 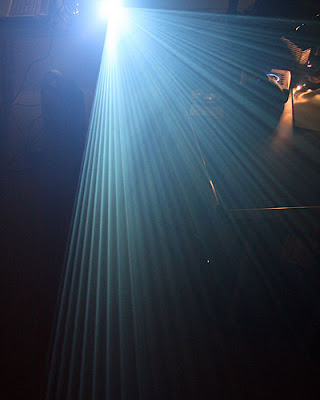